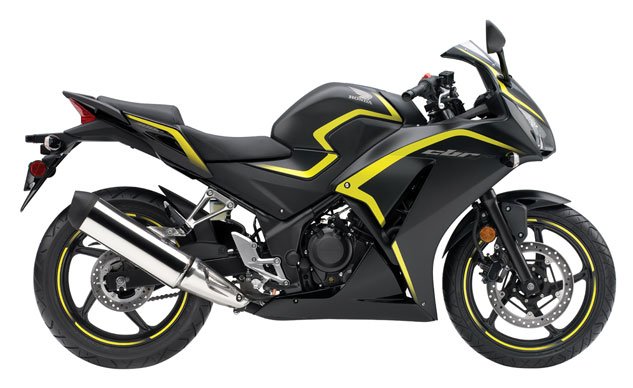 First unveiled at last fall’s CIMA Motor show in and also appearing at EICMA in , we were hoping theCBR250R replacement would have arrived in the earlier in the spring. Honda reportedly suffered from some delays, but those issues appear to have been resolved in time for the CBR300R to arrive in American showrooms in August. 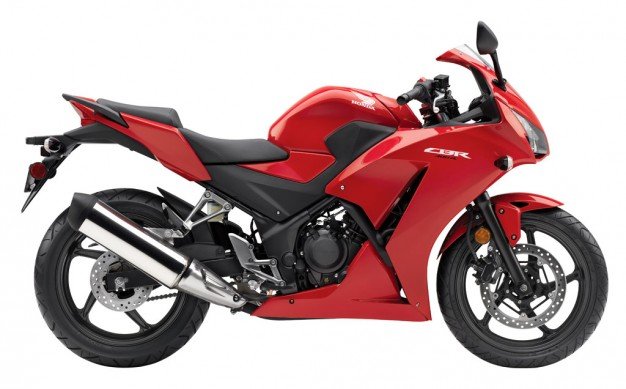 The CBR300R sports a new fairing design with dual headlights instead of the 250′s single Y-shaped light. This brings the 300 in line with Honda’s larger CBR models which all use dual headlights. The CBR300R’s exhaust is also different from the 250, now resembling the exhaust on the CBR500R. The seat and side covers are also new, offering an easier reach to the ground. The mirror stalks are also shorter than on the CBR250R. 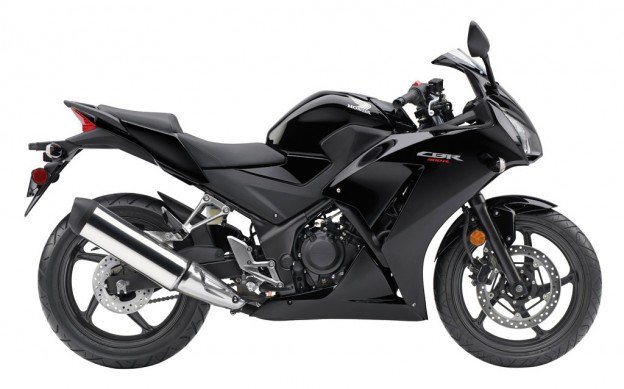 The engine is based on the CBR250R’s liquid-cooled fuel-injected single but with the stroke lengthened to 63mm from 55 mm while keeping the same 76 mm bore. As a result, the engine displacement increased by 37cc to 286cc. According to Honda, the larger engine offers more power than the previous power plant throughout the rev range. The PGM-FI fuel injection system has also been updated, with Honda claiming a crisper throttle response across the rev range.

With the larger engine, the CBR300R claims a fuel economy of 71 mpg, a hit from the smaller CBR250R which Honda claims gets 77 mpg. 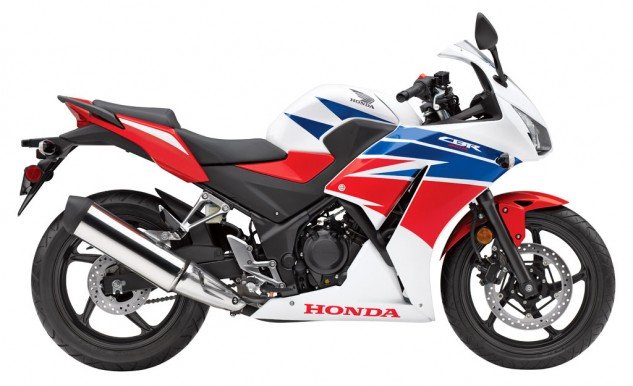 The suspension and brake systems are unchanged from the CBR250R. The 37mm telescopic fork offers 4.65-inches of travel while the Pro-Link single rear shock offers 4.07-inches of travel and five-position preload adjust-ability. The 296 mm front disc is griped by a two-piston caliper while the 220mm rear disc is paired with a single-piston caliper. ABS is available as an option.

American Honda will offer the 2015 CBR300R in four color options: Red, Black, the tricolor Pearl White/Red/Blue and a new Matte Black Metallic with Yellow striping. The base model is priced at $4,399 while the ABS version comes in at $4,899.